Maurus Twerenbold was born in Zug in 1988. He studied jazz trombone at the Musikhochschule Luzern with Nils Wogram and at the Jazzcampus Basel with Adrian Mears. During his studies he spent a year in Amsterdam where he studied with Eric van Lier and others at the Conservatorium van Amsterdam.
Maurus leads his own band «Maurus Twerenbold Non Harmonic Quartet» and plays in various cross-style formations such as Luca Sisera’s band «Roofer», the David Regan Orchestra or the Sarah Chaksad Orchestra.
He is a prize winner of the Friedl Wald Foundation 2012 and part of the «Generations Unit 2014» of the Frauenfeld International Jazz Festival. 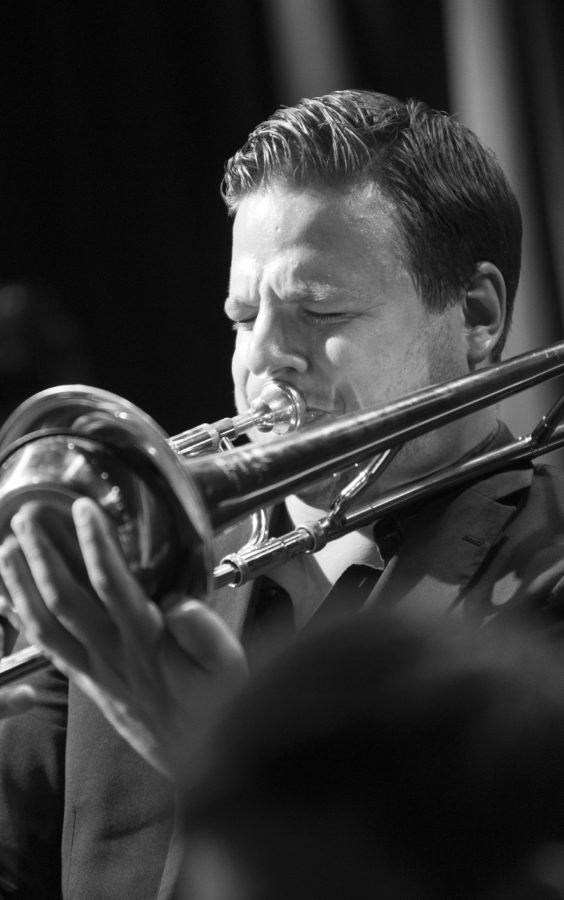