Dear listeners and friends of the ZJO

I would like to take this opportunity to welcome you to another ZJO season, once again in my capacity as ad interim musical director. But first I would like to express my heartfelt gratitude towards Steffen Schorn. I can speak for every musician in the orchestra when I thank him for these past five years that elevated the ZJO to new heights thanks to his immense commitment, his unfailing musical focus and his rehearsals that were equally patient and comprehensive. Due to his engagements at the Hochschule Nürnberg having become more time consuming, Schorn steps down from his post as the musical conductor of the ZJO. But there’s good news: He will be our composer in residence from this day on. During this upcoming season, we will perform his «Three Pictures Suite» together in Basel and Singen, and in April, we will play the MOODS club with him. And there is more to come: There are plans for a second CD with Steffen Schorn.

Just like six years ago, there will be four candidates rehearsing and playing a concert each with the ZJO so that we will be able to decide which one will be our future musical director. Ed Partyka has a lot of experience as a conductor and composer, has worked with the band before and thus just had to be included in our short list. David Grottschreiber has made a name for himself as a competent conductor of the Lucerne Orchestra, a band founded in 2007 by young jazz musicians. Lars Møller, saxophone player from Denmark, combines jazz with influences from other genres such as Indian music. He has been conducting big bands for more than ten years. The fourth inquiry really pleased us: Tim Hagans, the doyen of the quartet, already looks back on an extremely successful international career. The trumpet player and composer from America has been playing in some of the most influential big bands since the 70ties and has been conduction various formations for quite some while.

Besides all these new names and faces, there will be a reunion with Rainer Tempel: In respect to his Carte Blanche, there will be, among other tunes, a premiere of his tribute «Sidney Bechet» with the German Christof Lauer on saxophone. Marianne Racine, born in Sweden and residing in Switzerland, has long been on the band’s wish list and will perform some Swedish songs besides the Great American Songbook. Then, of course, we will get to see Thomas Gansch again this season. The centerpiece of his concert will be the Gil Evans program «New Bottle, Old Wine» that was initially tailor-made for the great alto saxophonist, Cannonball Adderley.

Now, let me wish you a great season and lots of great musical surprises. 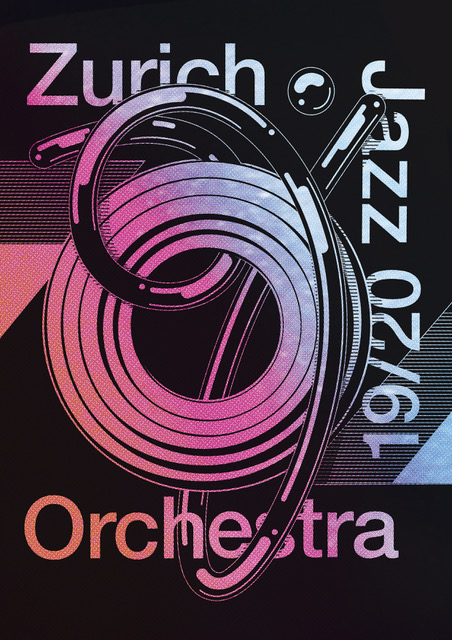