Born in Zurich in 1985, Cadotsch is a freelance trombonist and composer in the field of jazz and experimental music. In 2004, he was awarded first prize with the «Christoph Siegrist Group» at the competition «Jazz under the Sky» at the Montreux Jazz Festival. In 2006, he won the promotion award of the Friedl Wald foundation. And was a member of the promotion award band of Generations 06. In 2007, he founded his own project, «Odem», that recorded its debut album in the summer of 2009. In the same year, he graduated from the Lucerne Music Academy and Nils Wogram and Adrian Mears (trombone).

At this time, he works as a sideman for various bands such as ZJO, LJO, Der Grosse Bär (Roberto Domeniconi), Ensemble Metanoia and Blue Bolero, among others, and also fronts his own project «One Tfu».

From January until December 2013, he works on a 12-part album series with the music collective Cool island. 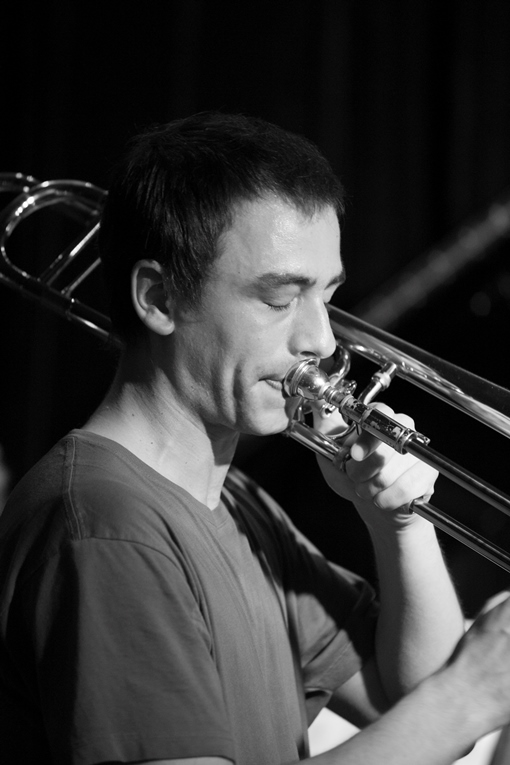