Due to the coronavirus pandemic, the quest for a new musical director has taken nearly 18 months. Four candidates presented their own music in concert at either the Moods jazz club or the Mehrspur music club.

The selection was not easy. All the candidates had the required qualifications to be the musical director of the Zurich Jazz Orchestra: an outstanding musical personality, vision, and their own contemporary sound. Plus, of course, the desire to do the job.

We ultimately decided on American Ed Partyka: he has a wealth of experience as conductor and composer, and he has worked with the band several times in the past. He will take over as musical director of the ZJO in the 2021/2022 season. It is now just over a year since our joint appearance at the Mehrspur music club in mid-November 2019. But it is precisely these qualities – his personality, his vision, his sound and his commitment – that have stayed with us since that evening, and have now tipped the balance in his favour.

Chicago-born bass trombonist and tuba player Ed Partyka, who has lived in Europe for nearly 30 years, has won prizes at several international competitions. At the Cologne University of Music, he studied jazz trombone with Jiggs Whigham and composition under the direction of Bob Brookmeyer. Ed Partyka has played with numerous major big bands, and has acted as composer, arranger and band leader for prominent international jazz orchestras. Now 53, he lives in Austria, working at the University of Graz and Lucerne University. He is also conductor of the UMO Helsinki Jazz Orchestra. He is known as a first-class band leader who takes an orchestra forward without neglecting its existing tradition. One of his plans for his work with the ZJO is to feature historically relevant big band music in every annual programme.

«I look forward to conceiving programmes with the ZJO that will inspire musicians and audiences alike», says Partyka. «I’ve known the ZJO for many years, and I’ve worked with the big band several times – so I’m really looking forward to being able to work regularly with the orchestra.» He says it will give him the opportunity to further develop the sound and the musical character of the ZJO. Ed Partyka is famously big-hearted towards singers. «I look forward to being able to involve national and international vocalists in stylistically diverse ZJO projects.»

There are no other changes to the tried-and-tested management of the ZJO: Bettina Uhlmann continues as Managing Director, Daniel Schenker – after two years as Interim Director – remains as joint leader at the interface between musical and technical direction, and Steffen Schorn stays on as Composer in Residence.

The Zurich Jazz Orchestra is ready for the future, a future – we hope – of packed audiences and no protective measures.

Excerpts from the concert on November 15, 2019 in the music club Mehrspur 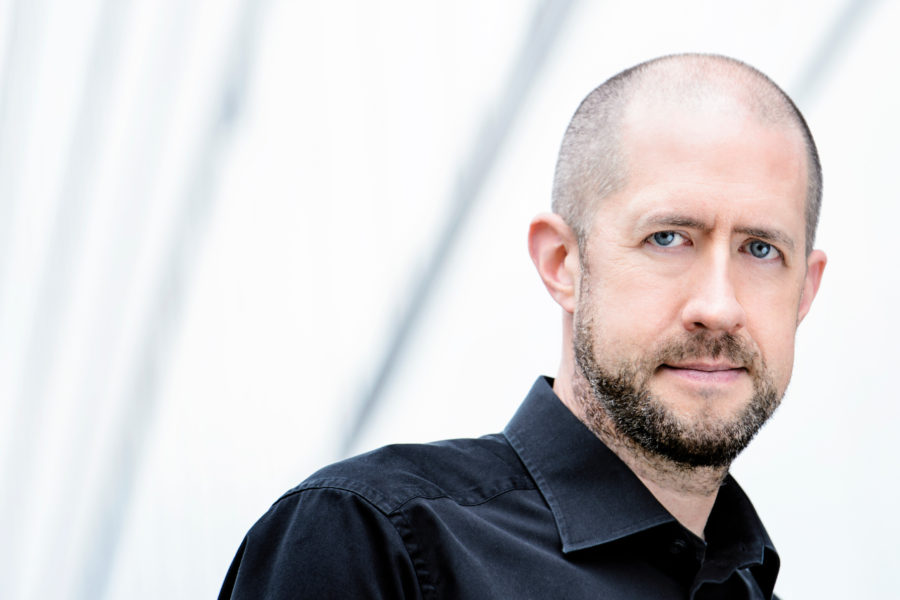 The following individuals are happy to answer questions and give interviews: