Daniel Schenker (*1963) took his first trombone lessons at age ten. After his IT degree from the ETH Zurich, he got a professional diploma from the Swiss Jazz School in Berne and started living his life as a professional musician. After 1997, he regularly spent time in New York.

Daniel Schenker has been a much-in-demand sideman for many jazz combos since the mid-80ties. He has played on more than 70 studio recordings, has toured as a freelancer in Switzerland and abroad and has performed with greats such as Kenny Werner, Joe Haider, Bill Holman and many more. Since 2001, he’s had his own four-piece band for which he also composes. The band has recorded four albums to this day, «iridium» (2002), «Jardim Botânico» (2009), «soundlines» and «Times of Innocence» (2004 and 2019, with New York tenor saxophonist Chris Cheek as a guest). In 2014, Schenker toured Haiti. For the season 2013/2014 as well as season 2019/2020 and 2020/2021 he was Interim Director ZJO, since 2014 Musical Co-Director of the Zurich Jazz Orchestra.

He’s been teaching at the Swiss Jazz School in Berne from 1998 to 2015 and a lecturer for trumpet and ear training at the Zurich University of Arts ZHdK. Together with his son Elia Schenker, he developed the app “ET – Ear Trainer” in 2020. 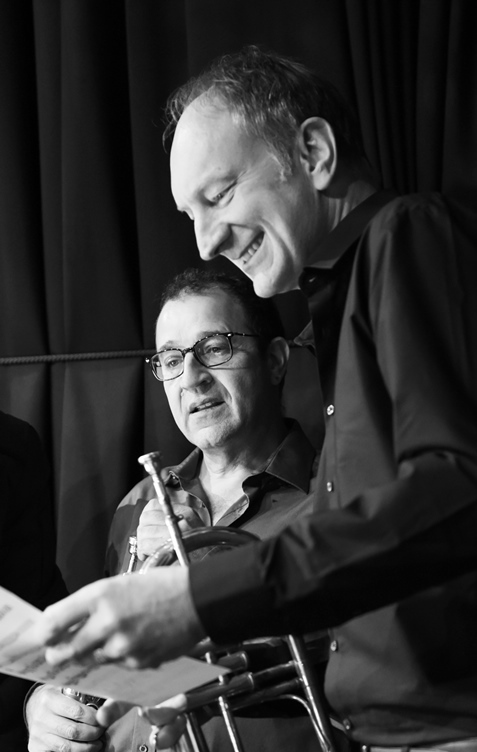