Theo Kapilidis, guitar player and composer, was born in Greece. He was lucky enough to grow up in a very musical family. During his childhood years, he spent a lot of time in his father’s record store where he was exposed to Jazz early on. At age 12, Theo gave up the piano in order to focus on the guitar. At age 24, he had successfully completed five years of study at the Swiss Jazz School in Berne.

After graduating, Theo played countless concerts and had a hand in various other projects. In 1985, he returned to his home town where he worked as a studio musician and was a teacher at the Synchrono Conservatory of Thessaloniki. At the same time, he did his first recordings with the Electric Jazz Trio.

Theo is a teacher at the Zurich Hochschule der Künste. As a bandleader, he has just recorded a new CD called «Bright Shadows», featuring Will Winson on Sax, Rick Rosato on Bass, and Colin Stranahan on Drums. His musical interest lies in expression and in the combination of authenticity and pioneer spirit. 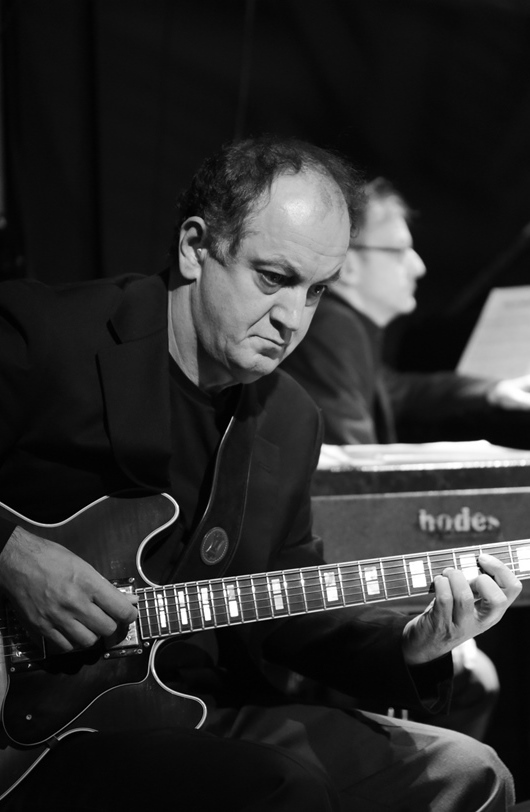