Viviane de Farias’ vocals are rhythmically strong and her voice is very versatile, soft and bright at the same time and contains just the right amount of lyrical emotionality – everything we love about Música Popular Brasileira. The singer was born in Ipanema, Rio de Janeiro and grew up in Brazil and Los Angeles. As a teenager, she received classical piano lessons, but also sang bossa standards early on, accompanying herself on guitar. After finding her new home in Germany, she quickly made a name for herself as an accomplished interpreter of the Brazilian sound cosmos: the magazine Jazzthetik soon called her the “ambassador of Bossa Nova in Germany”.
The Zurich Jazz Orchestra plays with her Jobim classics like “Desafinado” and “Ligia” (both arranged by Ed Partyka) as well as titles by Nelson Faria and Milton Nascimento and some instrumental pieces by Moacir Santos and the Spok Frevo Orchestra. Volunteer is percussionist Jonas Hutter. 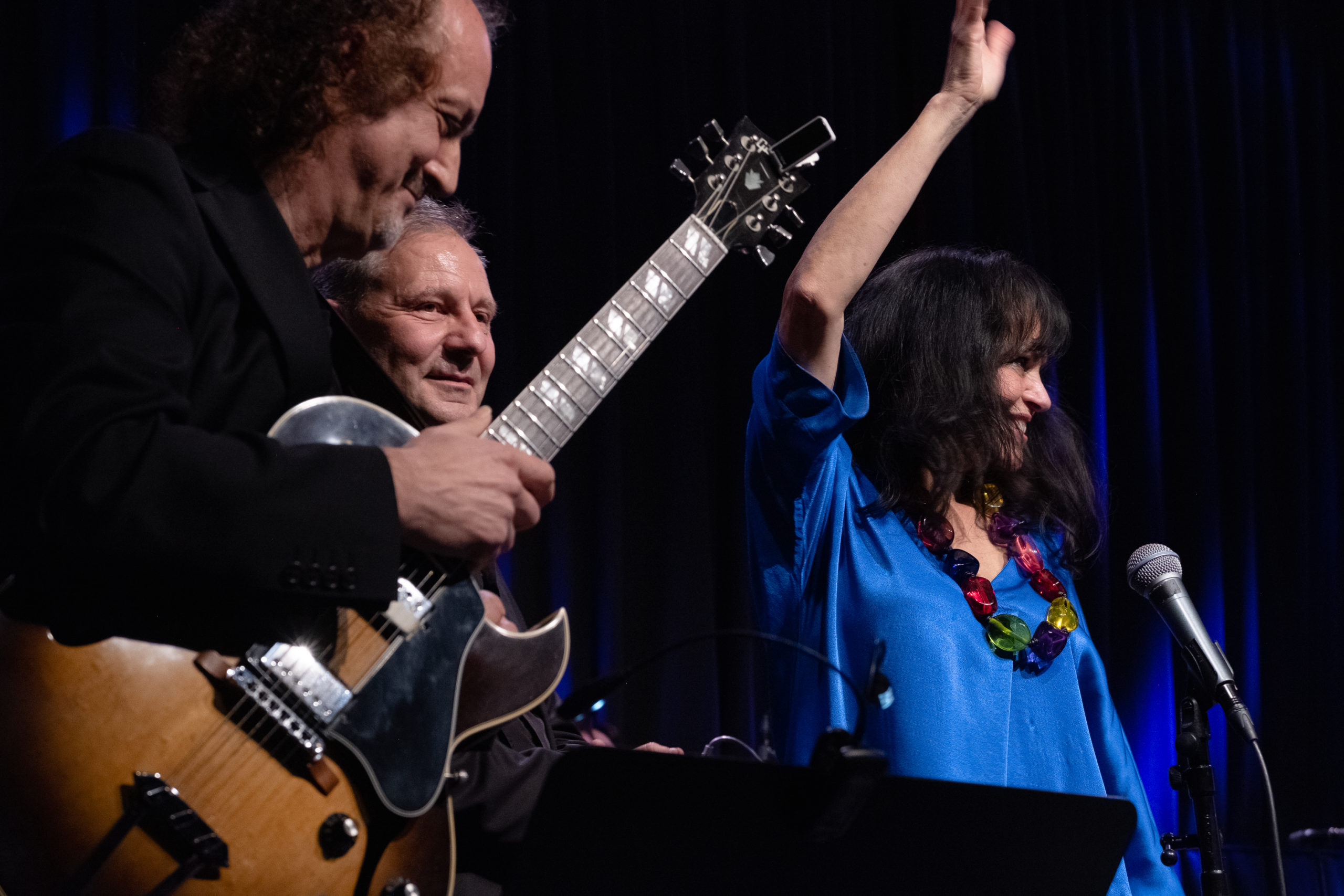