We are especially happy to feature Dave Liebman, a jazz ikon. For more than five decades, the historian has been developing his very own, distinctive sound language. It’s not only since having played with Miles Davis that Dave Liebman has created his own musical cosmos. «Loneliness of a Long Distance Runner» at the latest he is considered one of the influential soloists of the soprano saxophone – although he never actually planned on being a professional musician. The piano lessons his parents made him take as a boy were more of a necessary duty. But then, he was allowed to choose an instrument and fell in love with the saxophone. For his own Dave Liebman Big Band in New York, he has recorded interesting albums such as «As Always», «Tribute to Wayne Shorter» or «Beyond the Line». We will perform an exclusive choice from the various albums. 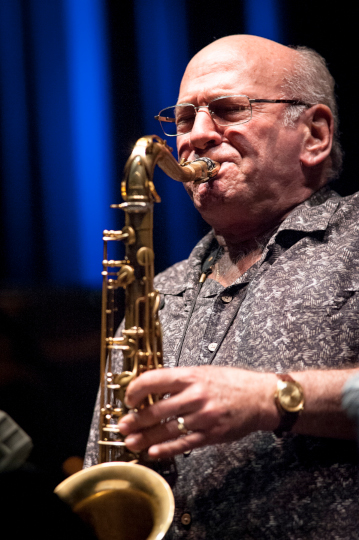