In Meilen, under the direction of Ed Partyka, the Zurich Jazz Orchestra presents at 7 pm and 8.30 pm a classical jazz program with two top-class voices: Sandra Studer and Raphael Jost. The two met in 2015 at the ZJO-Theater Rigiblick co-production “My Life with Frank Sinatra” and got along so well that even after the nearly thirty performances (the show ran for five years), they repeatedly shared the stage.

So, it is obvious that Sinatra classics like “You Make Me Feel So Young” or “The Lady Is A Tramp” will not be missing at the Meilemer Jazz Evening. But the two vocalists will also be heard solo, Sandra Studer for example with the “Breakfast at Tiffany’s” title song “Moon River” and Raphael Jost with his composition “Mr. Slug”, arranged especially for the ZJO. For this, he likes to sit down at the piano himself.

Swiss Jazz Award winner Raphael Jost is one of the most promising piano and vocal talents on the Swiss jazz scene, with an unerring sense of interpretation, time, and timbre. Sandra Studer is best known as one of SRF’s most popular presenters, but she pursues a successful singing career in parallel: Her clear voice and convincing stage presence led her to the Eurovision Song Contest in 1991, for example, where she placed fifth; she can also be seen and heard regularly in musicals and theater productions. 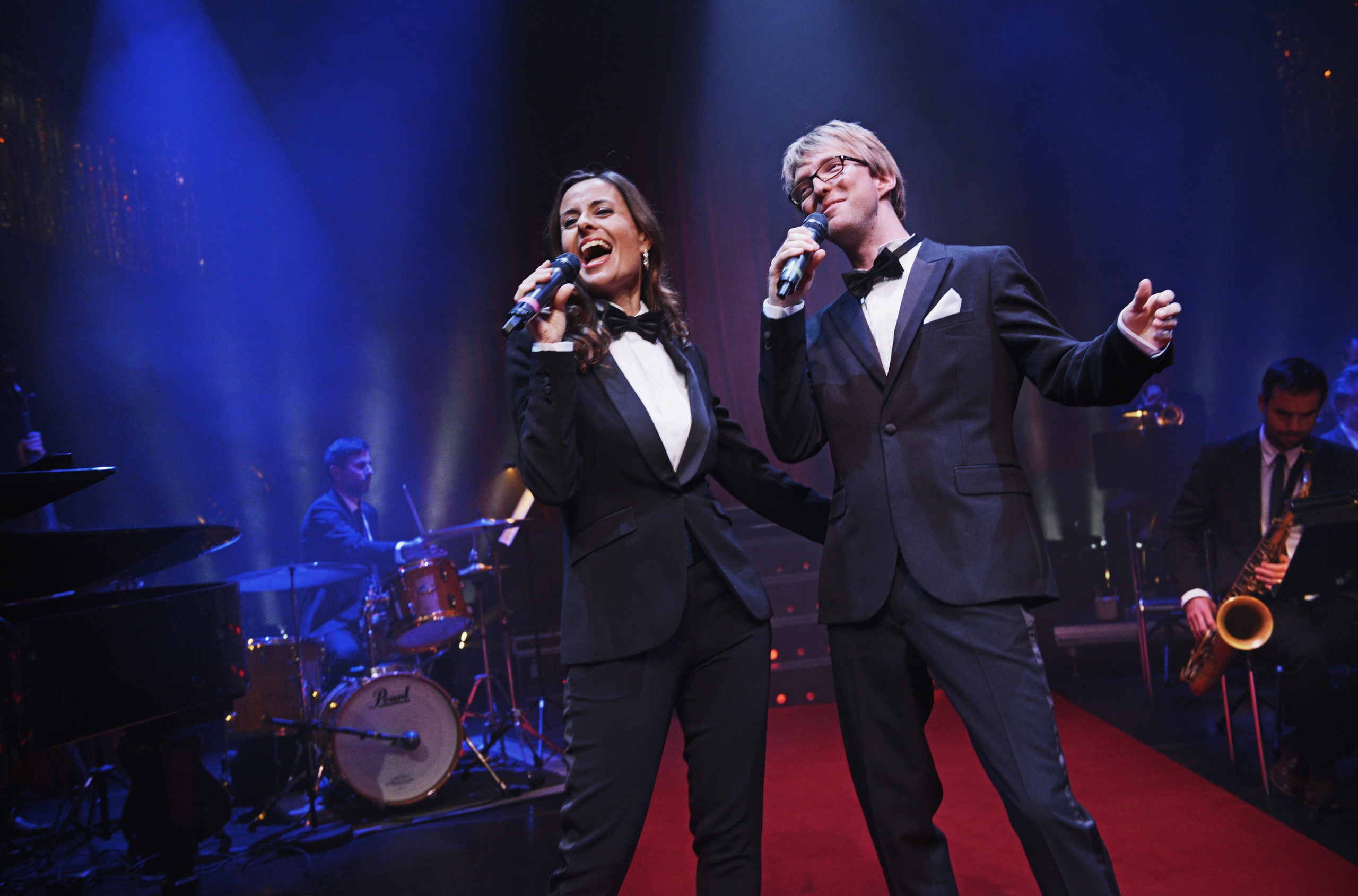