We’ve never played with an organ before! We are already looking forward to our end-of-year concert at the Jazzclub Moods with the internationally renowned Munich jazz organist Barbara Dennerlein. Dennerlein’s career has been extremely straightforward and determined: she got her first single-manual organ at the age of 11, and at 15, she was already playing in a jazz club during the school summer holidays. Soon the one manual was no longer enough. This was followed by an upgrade to the Hammond B3, regular appearances and then, at the age of 23, the accolade of knighthood: In 1986 she recorded the big band album «Tribute to Charlie» with former German «Big Band Pope» and youth promoter Peter Herbolzheimer. The collaboration, to which she contributed four compositions of her own in addition to Charlie Parker pieces, was a declaration of love for bebop, was awarded the German Record Critics’ Prize and quickly made Barbara Dennerlein known to a wider audience. To date, she has released around 30 of her own albums on well-known labels such as Enja or Verve and played with internationally renowned musicians such as Ray Anderson, Roy Hargrove or Jeff Tain Watts.

In contrast to many organists such as Jimmy Smith or Larrry Young, who have made the instrument acceptable in jazz, Dennerlein does not play the bass with her left hand, but via the foot pedals. This characteristic has become their trademark.

In addition to Dennerlein’s playing, which comes across with a lot of drive and therefore blends very well with a big band sound, the audience can also get to know her compositional side on this evening: most of the titles in the programme are by the organist herself. Among the arrangers is a well-known name: our drummer Pius Baschnagel, with whom Dennerlein often performs, has arranged one of her pieces for the occasion.

-> Please check out beforehand about the current guidelines as well as ticket ordering options and safety regulations. Thank you very much. 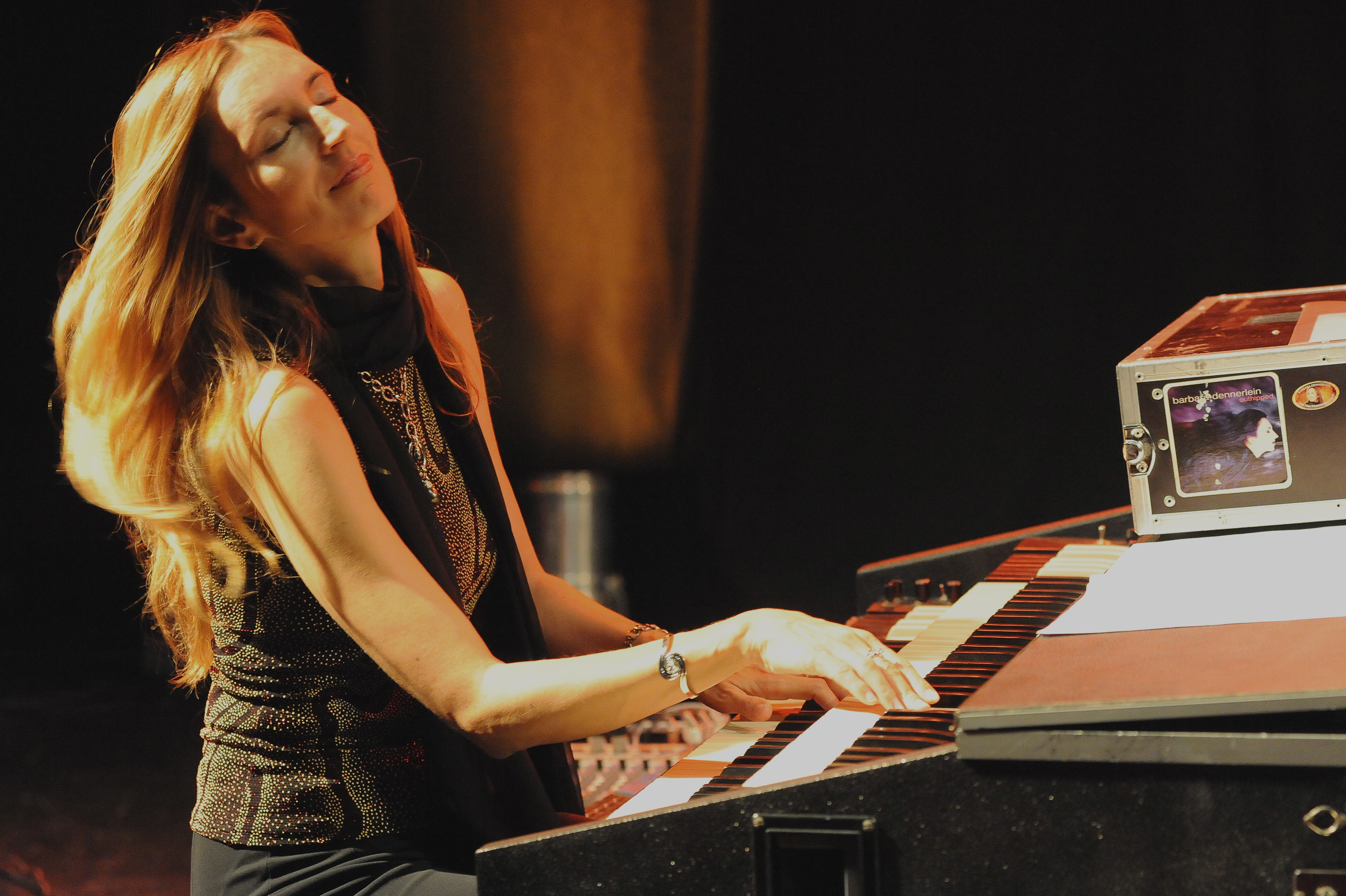