Robben Ford is one of the premier electric guitarists today, particularly known for his blues playing, as well as his ability to be comfortable in a variety of musical contexts. A five-time Grammy nominee, he has played with artists as diverse as Joni Mitchell, Jimmy Witherspoon, Miles Davis, George Harrison, Phil Lesh, Bonnie Raitt, Michael McDonald, Bob Dylan, John Mayall, Greg Allman, John Scofield, Susan Tedeschi, Keb Mo, Larry Carlton, Mavis Staples, Brad Paisley, and many others.
Of his interest in jazz, Robben says, “I fell in love with the saxophone playing of Paul Desmond and the Dave Brubeck Quartet and soon discovered Ornette Coleman, Archie Shepp, Yusef Lateef, Roland Kirk, John Coltrane, Wayne Shorter and, of course, Miles Davis.” Robben has remained true to these influences; they shape that particular blend of jazz and blues that distinguishes him as a guitarist and allows him to adapt his style to virtually any musical context, or abandon his independence.
Robben’s flexibility led to early success as a member of Tom Scott’s “L.A. Express,” which in turn led to Ford becoming a founding member of the “Yellowjackets.” Soon his career continued to climb, recording and touring with George Harrison and Michael McDonald, and securing a recording contract with Warner Brothers Records.
After moving to New York to fulfill his recording contract, Robben was invited to play with music icon Miles Davis. “Producer Tommy LiPuma played Miles my work with the Yellowjackets, and three days later Miles personally called me to join his band. Shocking!” recounts Robben.
Robben’s 1988 album for Warner Brothers, “Talk to Your Daughter,” earned him his first Grammy nomination (Best Contemporary Blues Recording) and he began touring the world under his own name. Over the past decades, Robben has released 30 albums as a bandleader and, in addition to his outstanding skills as a guitarist, has developed a highly individual style as a composer and singer.
The repertoire for this concert will consist of music arranged by Ed Partyka from Robben’s albums “Bringing It Back Home,” “A Day in Nashville” and “Into the Sun.” In addition, there will be new arrangements written by Ed Partyka especially for this concert with the ZJO of music from Robben’s two most recent releases, “Purple House” and “Pure. 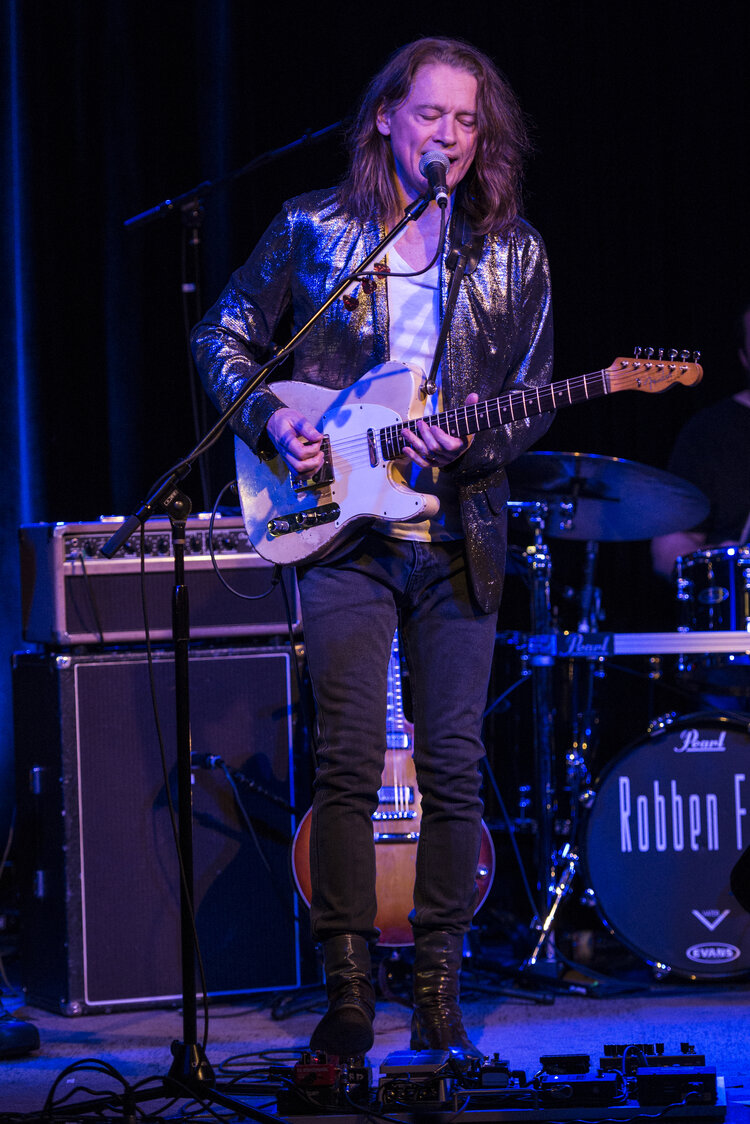