Ed Partyka’s tenure as musical director of the ZJO begins with a program of his own compositions and arrangements, with a journey through 100 years of jazz and pop music history, with a mixture of genres, styles and source material, filtered and shaped by the new director as a person and as a musician. The heterogeneous elements are brought together by Ed’s personal arranging and orchestration style that features an augmented brass section (including Horn and Tuba) and extensive use of woodwind doubling instruments in the Saxophone section. among others. Combined with vocals and the concentrated energy of the soloists, Ed Partyka’s music makes for a brilliant live experience. The written music is then brought to life by the live performance, the solos and the audience.

Born in Chicago, bass trombonist and tuba player Ed Partyka has lived in Europe for nearly 30 years and has won prizes in many international competitions. He studied jazz trombone with Jiggs Whigham and composition under the direction of Bob Brookmeyer at the Musikhochschule in Cologne, Germany. Ed Partyka has played with numerous major big bands and has served as composer, arranger and bandleader for prominent international jazz orchestras. Today, the 53-year-old lives in Austria, works at the University of Graz and at the Lucerne University of Applied Sciences and Arts, and also leads the UMO Helsinki Jazz Orchestra. He is considered a first-class bandleader who can take an orchestra further without neglecting the existing tradition.

Part of this tradition is the penchant for vocals, which the ZJO has sporadically harbored for a long time. On this evening, for example, the singer Karin Meier from Lucerne will be heard on several pieces. She studied with Lauren Newton and Susanne Abbuehl and graduated from the Lucerne University of Applied Sciences and Arts in 2007. In 2012, she performed several times with the NDR Big Band. She made a name for herself not only with her own projects Forest Radio and Trio Meierlies, but also as a long-time member of the Lucerne Jazz Orchestra, with which she toured internationally and for which she regularly contributed her own songs. 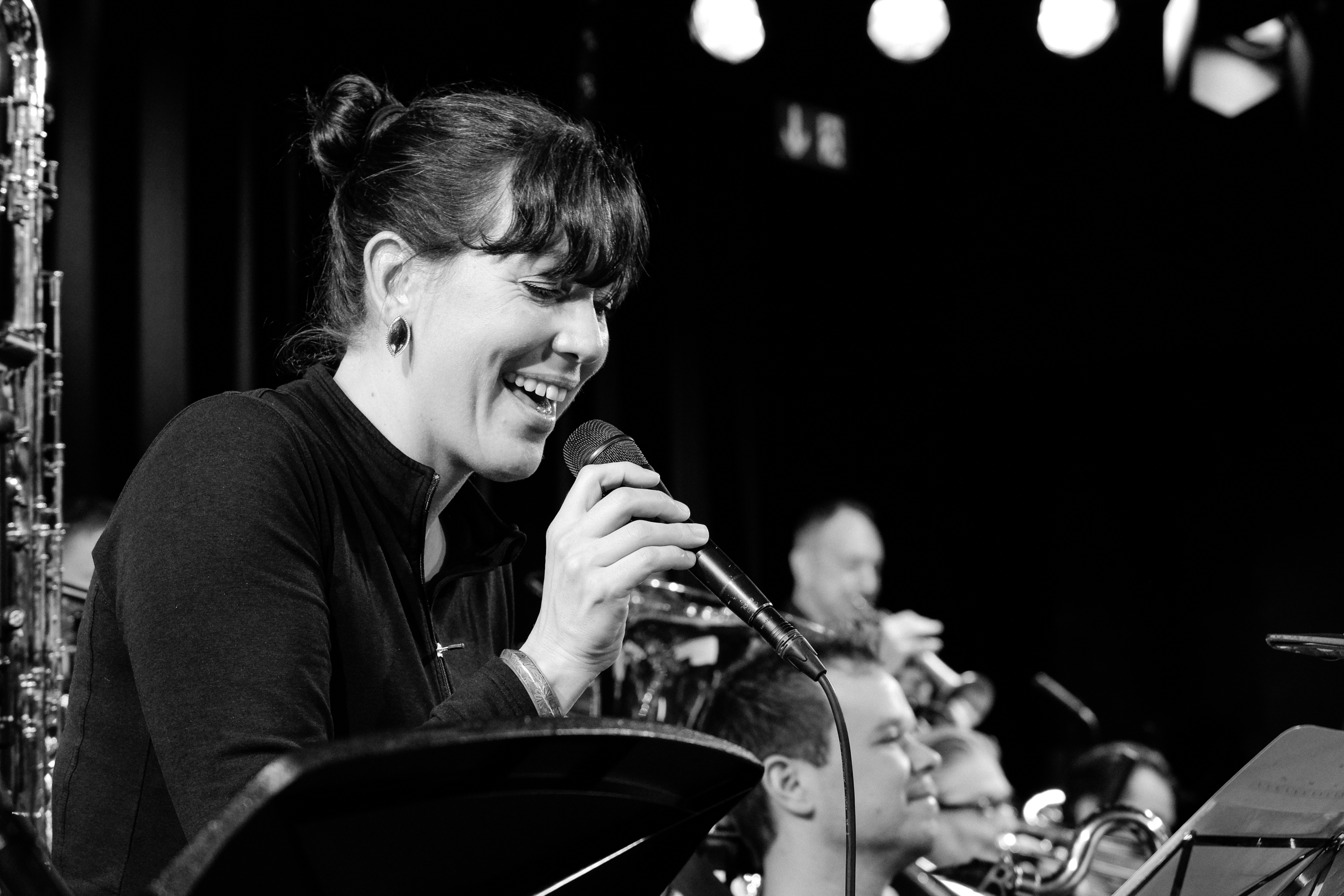