Linda Porter, scion of a very wealthy and distinguished family from Virginia, was married to the American composer and songwriter Cole Porter for 34 years. In the roughly three and a half decades of their life together, she lead a luxurious high society lifestyle as an elegant prominent socialite and muse and arranged the couple’s glamorous international social life at their residences in New York, Paris, Hollywood, and Venice.
Hers was a life at the top of the society, but also a life by the side of a homosexual whose countless affairs with men were a constant challenge that she finally learned to deal with.
Cole Porter’s songs are woven into Linda’s monologue as if they had been written to be a part of her narrations. We present tunes written by Cole Porter, such as «In The Still Of The Night», «Night And Day», «So In Love», «You Do Something For Me», «Let’s Be Buddies», «Riding High» and many more. This way, the exceptional lyrics and melodies of this important figure in jazz history become alive for one evening. Anyone listening to this tribute will understand why it is so difficult to fill Cole Porter’s shoes.

The German actress Cornelia Schirmer lends her voice to Linda Porter. All songs were arranged by Marcel Saurer for this performance for Big Band. The Zurich Jazz Orchestra plays under the direction of Daniel Schenker.

From this Moment on (Cole Porter, arr. Marcel Saurer) 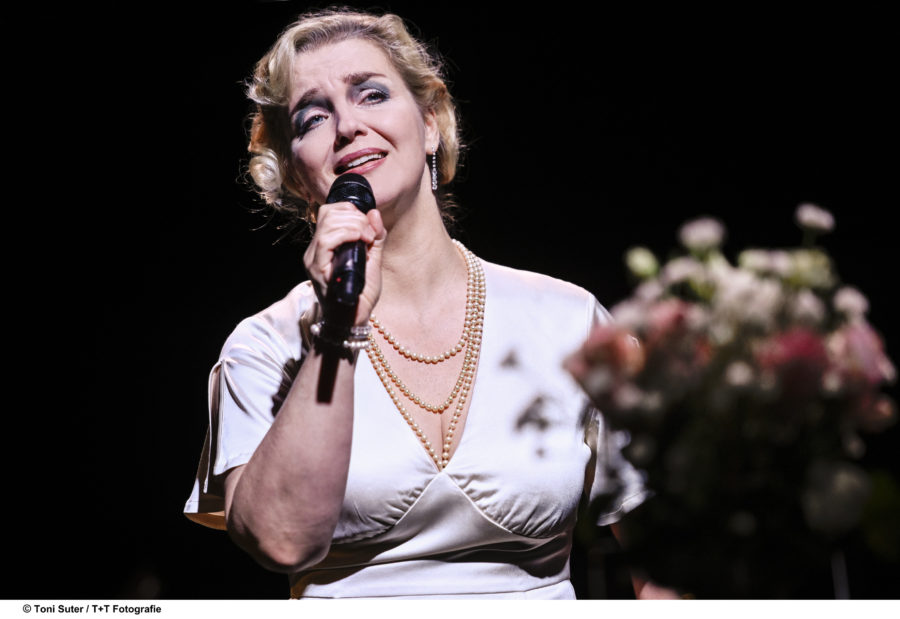